“It was all a Dream” 3 Business Networking Skills Biggie Taught Me
‘It was all a dream
I used to read Word Up magazine
Salt'n'Pepa and Heavy D up in the limousine
Hangin' pictures on my wall
Every Saturday Rap Attack, Mr. Magic, Marley Marl’
Juicy by Christopher ‘Notorious BIG’ Wallace

I was born in 1982 to Jan and Greg Frazier on Detroit’s Westside. My parents were (and still are) a hard-working, loving, and committed African American couple building business and family. My father is a CPA. My father and mother have built a practice that has grown to abundant success. Greg Frazier CPA has reached point of capturing long standing relationships with international clientele.

Being born in 82’ in a predominately Black neighborhood placed me in a position to witness the growth of hip-hop culture. As a young Black male witnessing performing artists close in age, with representative styles and communication skills resonated with me. This was uniquely balanced by watching my parents develop a professional practice. Interestingly, I have found many parallels in both worlds.

Notorious BIG (Christopher Wallace) is recognized universally as one of the most talented and skilled hip-hop performing artists. His first nationally recognized single ‘Juicy’ is an introspective narrative of his appreciation for hip-hop. Sharing stories, names, and moments throughout his understanding of hip-hop is what this song is about. As a hip-hop performing artist myself I appreciate the song. Developing my marketing firm today I apply lessons from this song in business. I have the competitive advantage of combining my 10 years of business acumen with my parents 30 years of business application as well. Notorious BIG’s ‘Juicy’ is an example of 3 great business networking skills.

I.              Edify and Introduce: Notorious BIG’s ‘Juicy’ song begins with him sharing rap lyrics with the listener about his adoration and introduction to hip-hop. By presenting his understanding of hip-hop as ‘a dream’ it takes the listener to believe his relationship with hip-hop is almost euphoric. In business to humbly present the best qualities you initially connect with others is extremely advantageous. For, compliments and positive attitudes galvanize and populate the minds of all people. Doing business you’d rather interact with someone who sees potential and talent between one another.

II.            Functionality: Notorious BIG lets the listeners know he played tapes, listened to the radio, posted up posters, and bought magazines while connecting with hip-hop. In business networking establishing what, how, and why are in business are essential. For meeting a potential client, partner, or connection to both is only useful if he/she knows what you do.

III.           Visualization: ’50 inch screen/ money green leather sofa/ got two rides a limousine and a chauffer’ Juicy by Notorious BIG. Those rap lyrics are examples of the visual elements Notorious BIG would offer listeners. Communicating while business networking will draw attention the same way. The more descriptive language you can use while using reasoning behind your descriptions will connect with everyone.
Posted by detroitwae at 6:53 AM 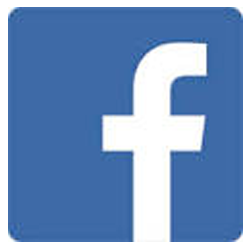 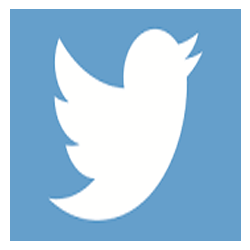 detroitwae
Detroit, Michigan, United States
Blessings and best, my name is Khary Frazier. I’m a Detroit based hip-hop artist using music as a social platform for change. Performing music I use the alias WAE, which is an acronym for Working At Excellence. I believe life is a series of journeys that blossom. I’ve developed community events and partnered with many Detroit organizations & businesses for over 10 years including Focus: HOPE, the Detroit NAACP, and Slow's Bar-B-Q. I was raised in the shadows of strong African American traditions of the American South which impact my creativity. My music blends the narratives and values of my friends & family through hip-hop.